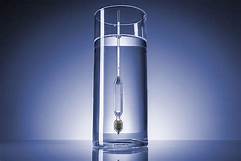 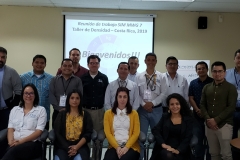 This activity was planned as a tool to reinforce the development of SIM NMIs (National Metrology Institutes) that have laboratories in the magnitude of the density.

Its main objective was to share and exchange the metrological criteria in the density measurements performed by the NMIs, as well as an exchange of experiences with which the laboratories make improvements in the measurement systems. All of this can be evidenced in satisfactory results of international comparisons and / or that the CMC can be evaluated satisfactorily and then presented to the BIPM.

The methodology of hydrometer calibration was explained by INACAL (Peru), given that the data management system is very simple and has obtained favorable results in the comparisons, which may be useful for laboratories with fewer resources. Given the practical experience in the calibration of the hydrometers, LACOMET (Costa Rica) commissioned the practice of calibrating these instruments.

CENAM (Mexico) contributed its knowledge in the development of Certification Reference Materials for density measurements, and established a form of calibration for select densimeters according to the SIM Guide.

In addition, a meeting of the Mass and Density working group of the SIM MWG 7 was held.